Why does Gabby always need Liv to do things for her?? Come on Gabby start growing up, getting a spine and become a decent human being. I am sure I will have much stronger feelings soon about their friendship. 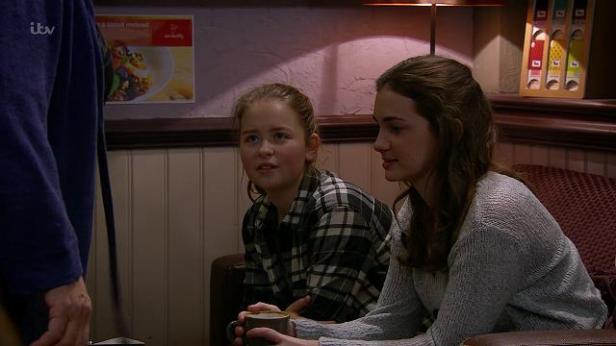 I intensely feel for Brenda as she worries that Bob has left her for good in the wake of everything that has happened with the other woman. As someone who comes from a family of divorce, a bad one at that, those kids do not deserve to have their mother lying to them to cover up for Bob’s actions. I find myself talking to my computer screen a lot these days, mostly to yell at characters for making stupid decisions. Bob is no exception, it is great he feels more passionate when he is around Laurel but hasty decisions only breed bad consequences. Before anything firmly happens Brenda needs to know the whole truth about what happened, Bob needs to consider the effect it will have on his young children and how it will impact the rest of his life.

More than the fact that I like Bob and Brenda together, it is still too near to Ashley’s death for Laurel to think about moving on even if she feels the same as Bob. At this point, all Laurel can do is think of what Ashley would and would not like in terms of who she wants to be with. I loved the little moment where she was watching the video Ashley made, they were a beautiful couple, one I really miss.

I enjoy the idea of Aaron wanting to help Robert by babysitting Seb, who by the way already has Aaron wrapped around his little finger. I get why Robert doesn’t want to hire anyone to watch Seb, he isn’t the most trusting person out there. For Robert, it is better to leave his son with Aaron and know he is safe than have a stranger watching him, I am completely cool with that. Cue Alex and his infinite awkwardness as he tries to get Aaron to spend the day with him, sad to say he has more pressing matters to attend to. Is it just me or was that the quickest exit Aaron has ever made, no kiss, no noticeable indication of affection and no second thoughts. Sometimes I wish our characters had the same POV we have, things would go so much quicker, Robron would have been back together a long time ago.

Anyone else collectively “awww” at seeing Robron standing over Seb’s pram? By far one of my most memorable moments from this year thus far. In reality, I don’t blame Aaron for lying to Alex about what he is doing but at the same time questioning why he even has to, Alex knows Robron are friends and want to help each other, if I were him, I would have done the same thing. “Oh no he didn’t”, my reaction to Alex having the audacity to tell Robert to get his own family and accuse him of trying to worm his way back into Aaron’s life. Someone, please find Alex a man who isn’t Aaron, I already think Alex is no good and is secretly thinking about cheating as well (my opinion). Notice that Aaron really didn’t try to fight Alex on the issue, ok Aaron, keep telling yourself that you don’t want to be with Robert, that Alex is the guy for you. Finally, the excuses are beginning to run out as Aaron grows more attached to Seb and begins to form a solid friendship with Robert. Per usual wires get crossed and someone ends up making a fool of themselves, luckily this time it isn’t Robert.

I am enjoying Maisie and Sandy together, it is a pity that they won’t be in Emmerdale much longer, as they head towards new adventures. Sandy is really beginning to feel his age as he snaps at Maisie for wanting to go to a concert, it is almost a tragedy when you finally fall for someone but can’t do the things that help make relationships more fun. Thankfully Lydia, one of my favorites, came to save the day and helped, I petition for more Lydia! I look forward to watching Sandy and Maisie celebrate Valentine’s Day together. 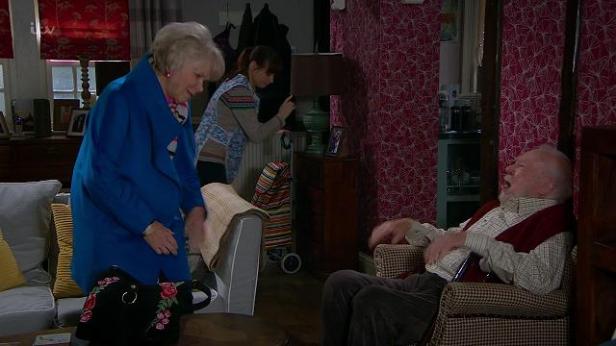 On that note: Tomorrow is Valentine’s Day, which means we finally get the long-awaited Robron scenes. Could Valentine’s Day be what sparks Aaron into going after Robert next week?